I just read the Genius of Play’s report on “Fostering innovation and Creativity through Play,” cohosted with the Smithsonian Lemelson Center at the National Museum of American History, April 25, 2018.

I love the questions, ideas, hopes, and dreams they express in their event press release, and their event report.

Their plan was to “explore how play serves as a catalyst for creativity and innovation.” What a great plan! Remarkably, they didn’t just explore on their own, for their own information. They invited experts (including me!)  to collaborate with them, and hosted a free event to share our thoughts. They even extended invitations to members of Congress, congressional staff, and staff at the Department of Education.

“Play is joy – doing things that you love to do. And I think play changes over the periods of your lifetime. I also would say for young children, play is the work in how they live their lives.” (Jeri Robinson, Boston Children’s Museum)

“If it makes you happy … It can’t be anything but play.” (James McLurkin, Google)

“Play is a way of interacting with the world that is both fun and powerful. What makes play powerful is it allows our brains to be open and to explore possibility, entertain new ideas, learn and take risks, and learn that failing isn’t the end, but it’s really the beginning to start a new game, stronger and smarter.” (Molly James, Kent Place School)

“The connection between play and invention is real but in order to see a correlation, children need to be allowed to flex their creativity through play. By bringing more play to the school curriculum, giving parents the confidence to play with their children, and helping our society understand and value the benefits of play, we can help children develop the qualities they need to become the next generation of inventors.”

Good stuff, right? It was an incredible evening, and the ability to reflect a bit more about it through the report is pretty awesome.

I’m not sure if the members of Congress, congressional staff, or staff at the Department of Education attended. At first that bothered me. But, now, not so much, because I think the most important people made it to the event.

Parents, educators, toy inventors, and others invested in creativity, innovation, and learning, filled the room. We are the people in the classrooms, museums, after school programs, and homes. In some ways it’s most important for us to hear the ideas, read the reports, and believe in the power and purpose of play and creativity in learning and innovation.

I read a recent Ron Clark tweet which stated “As we start a new school year, I hope every teacher will take a moment to reimagine what education can and should be for every child. Be magical! Make possibilities a reality! #betherevolution”

I agree, let’s be the revolution our kids, and our world, need and deserve!  Let’s make play, creativity, joy, inventiveness, and innovation possible. We can do it. We can make them a reality in our learning spaces. We can give our students the opportunity to “flex their creativity in play.” We can help others experience and understand the value of play — for all of us.

A link to the report can be found on the Genius of Play website, along with a ton of great information and resources. Or, if you prefer, you can download a pdf of the report – Raising a Generation of Inventors: How Play Fosters Creativity and Innovative Thinking in Children.

The Lemelson Center for the Study of Invention and Innovation, and the Toy Association  collaborated to host a Genius of Play event at the Smithsonian on April 25th. I had the distinct joy of being asked to be one of the panelists! Of course, I accepted. 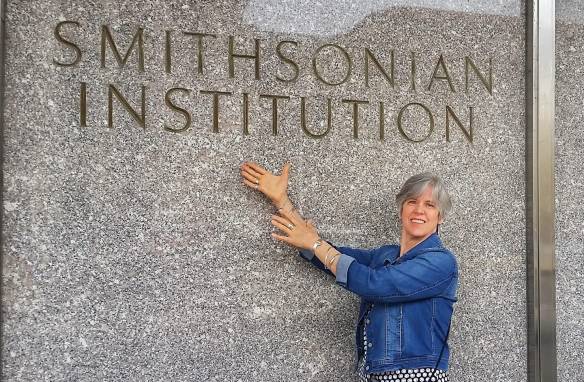 Our conversation on the panel centered on play and its place in learning and schools, creativity, and innovation.

Have you ever considered how you would define play?

I am always thinking about play and creativity, but for the weeks preceding the panel, I did so with increased attention. I observed my students, and noticed all the remarkable insights, skills, discoveries, and joys they experienced as they played. I read articles, thought, and chatted with fellow creatives.

At times, as if it were to keep my head from exploding, I would have to write. I would write streams of consciousness, questions, wonderings, ideas, and things to look up. With those thoughts safely recorded in my notebook, my brain seemed free for new ideas and questions. This continued for many cycles.. Then, on the train to DC, and at breakfast the morning of the event, several things became crystal clear.

As I rode the train, I wondered how I would succinctly express my ideas. I could talk about play and creativity forever, but how could I do it as part of a panel, in a few sound bites? I decided to see what the dictionary had to say about  play.

I was shocked. I hadn’t read the definitions previously because I didn’t want to risk plagiarizing any of their ideas. I wanted my definition to be my own — from my own experience and research as an educator, and a person who plays. After reading the definitions, I realized there was no chance I’d be stealing their words.

The definitions I found were remarkably different from mine. They made play sound frivolous, purposeless, and unimportant. Nothing was further from what I believe to be the truth.

With these definitions as the way play is explained and understood, it’s no wonder it’s sometimes difficult to convince others of the significance of play in life, learning, creativity, and innovation. I would LOVE the dictionaries to have a definition of play that more correctly explains its essence, and highlights its importance. I wonder how one goes about getting a definition in the dictionary changed?

While perhaps not short enough for an entry in Merriam Webster, or dictionary.com, here is what I consider a much more accurate and appropriate definition of play.

Play is a fun and powerful way of interacting with the world — with people, things, thoughts, and ideas. The fun of play is a large part of its power. When we play we laugh, we let go of worry, we fret less, and we breathe more.  This helps our brains — regardless of our ages or tasks — be more open and able to explore possibilities, entertain new ideas, and learn. When we play we are so much more willing to take risks — and even when we fail, we discover that failure isn’t the end, instead it’s the opportunity to begin the game again — stronger and smarter!

I was not alone in that understanding. All the panelists shared experiences and beliefs in the importance and power of play for all ages — at home, work, and school. It was great to hear such a unified message from a panel of people with very different backgrounds and occupations.

There were so many other great thoughts and ideas presented and discussed about the importance of play. When the video is posted on the Smithsonian page I will blog again and link to it.

The whole event  — arriving early and chatting with Jeri; meeting Monica, James, and Vikas; laughing and sharing our hopes to “not sound like idiots”; the receptions; and the panel itself — was spectacular. There was a ton of brilliance, thinking, collaboration, humility, awesomeness, laughter, honesty, passion, and playfulness on that stage.

Being part of this panel for the  Innovative Lives Series helped me to more fully embrace my expertise and fantabulousness! I presented with the big boys and girls, and in the process, I discovered, I am one of them!

May 2014 I earned my MA Creative Thinking. A little over a year later, I had this blog, and a published paper. Four years later, an invitation to the Smithsonian.

Gotta give a huge shout out to Karl K. Jeffries and his program at UCLan!  You, Karl, are a spectacular mentor, and creative thinker. And, a huge thank you to the many others who walk this creative, playful, fantabulous journey with me. I’m incredibly grateful!